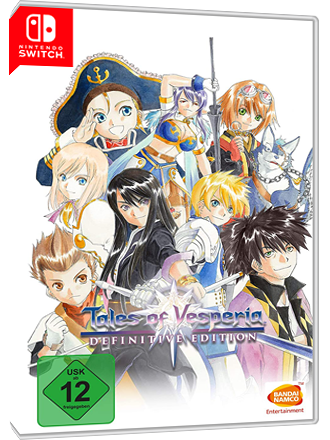 You will get your download code for the game by BANDAI NAMCO Entertainment via eMail within the stated delivery time. Using this code, you can download the game in the Nintendo Game Shop.

Celebrate the 10th anniversary of Tales of Vesperia and the return of this fan-favorite with the Definitive Edition.