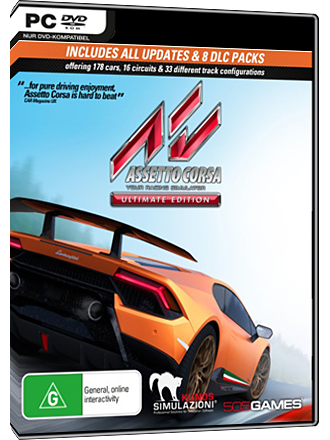 A next-generation PC driving simulator which reproduces real-world circuits (with laserscan technology), as well as road and racing cars.

Download Assetto Corsa for free via the Steam network.Steam can be found here.