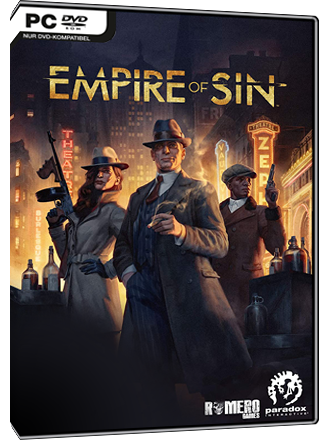 You will receive the key for the game by Paradox Interactivevia eMail within the stated delivery time.

The strategy game Empire of Sin puts you at the heart of the ruthless criminal underworld of 1920s Prohibition-era Chicago.

Download Empire of Sin for free via the Steam network.