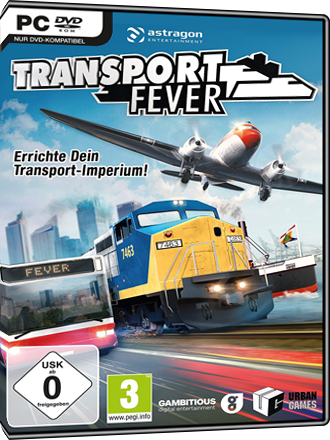 You will receive the key for the game by via eMail within the delivery time stated above.

A railroad­-focused tycoon game. Players start in 1850 and build up a thriving transport company. Become an emerging transport tycoon!

Download Transport Fever for free via the Steam network.Steam can be found here.